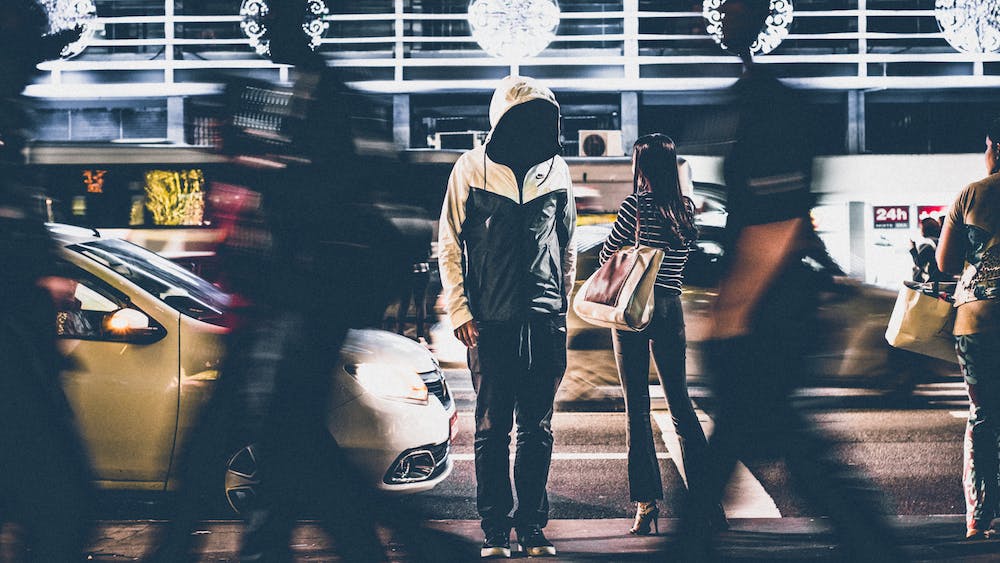 When you break an arm or get a bruise, nobody questions that you are in pain or that you might be suffering. It’s obvious — a neon blue cast around the wrist signals that you’re hurt and might still be hurting. However, do we recognize the same suffering in people battling major depression or PTSD? The answer, unfortunately, is no. While mental illness and other forms of invisible illnesses — disorders that may not include clear physical symptoms — can often be chronic and harmful, these issues are hard to see from the outside, making it more difficult for people to respond and react.

Research in psychology suggests that if you can convert a mental state into an imagined physical object, like visualizing your anxiety as an apple with a worm crawling in it, you set yourself up to better cope with those feelings. As humans, we are inherently visual creatures. “We believe it when we see it,” as the maxim goes. So how do you respond when somebody says something, but you can’t see it? Do you believe them? Do you ask for proof? Do you say you believe them, but silently let your body language suggest otherwise?

These kinds of questions are at the root of why fighting against chronic mental illnesses like social anxiety, depression, and PTSD can be so challenging. Not only do people who suffer from these illnesses need to cope with their own intangible and abstract feelings, but they also have to explain and defend their illness to others, who may not understand so readily.

Healthcare workers especially, people who dedicate their lives to the service of others, may be at an increased risk of developing these types of mental illnesses due to their emotionally and physically demanding jobs. Unfortunately, it can often be hard for healthcare professionals to come to terms with their struggles and reach out for support, creating an environment where mental exhaustion is rampant. More than half of medical students, residents, nurses, and attending physicians in the United States suffer from burnout (a state of emotional, physical, and mental exhaustion). This staggering reality emphasizes that, although people may look fine on the outside, sometimes they are silently combating challenging and complex emotional obstacles.

Now, in this time when healthcare workers are facing large numbers of critically ill patients and an onslaught of emotional and physical stressors in the workplace, we must recognize that the mental well-being of our healthcare heroes is under attack, despite what we may or may not see from the outside. Recently, we have witnessed the horrific effects of the emotional toll of the COVID-19 pandemic on frontline healthcare workers, with both an EMT and an emergency medicine physician in New York committing suicide due to the emotional weight of their work. Working on the frontlines of this pandemic and witnessing its impact on patients — and being directly responsible for their lives — can often become too much for healthcare workers and emergency responders to cope with.

In hospitals across the country (and the world), doctors, nurses, and other workers are treating more critically ill patients than ever before without the necessary PPE, staff support, and resources. The emotional toll is tremendous and the long hours and distance from family do not help. The lack of sufficient PPE and other resources helps to create an environment primed to cause mental and physical exhaustion.

More than ever, it is important for us to rely on each other and support one another. No amount of applause, police parades, or donated food can relieve our healthcare heroes of the emotional burden of their work. It is essential for us to recognize that even when we hear “I’m fine” or “I’m doing okay,” that may not always be the entire truth. As thankful community members, friends, and family, it is on us to be willing and available to support those who struggle with any form of “invisible illness.” Let’s do better and recognize that we all have a role to play in building a support network for those who need it most. And lastly, let each of us understand that oftentimes people’s pain is on the inside, not the outside, and that we have the same obligation to see that pain and do our part in helping each other cope, recover, and thrive.